Two prides, 40 lions and some of the best lion-watching in the Mara ecosystem.

Just a skip and a jump to the northwest of the Masai Mara National Reserve lies one of the most enviably wild conservancies in the region. The Olare Motorogi Conservancy is known for having some of Kenya’s most spectacular scenery and remarkably high concentrations of wildlife. It features endless wavy grasslands and beautiful dome-topped hills that give way to the dramatic sheer rock walls of the distant Oloololo Escarpment.

One of the most inspiring success stories of Masai Mara conservation efforts has to be the 142-square kilometre Olare Motorogi Conservancy. The conservancy goes to great lengths to ensure the wellbeing of local wildlife while also enabling the Masai people to benefit from safari tourism. With only five safari camps in the area and a maximum of 94 beds, this exclusive conservancy features only one safari vehicle per 8.5 square kilometres. Prior to 2006, the Olare Motorogi Conservancy consisted of two separate conservancies: Motorogi and Olare Orok. The region was a picture-perfect combination of endless grasslands, riverine forests and Acacia woodlands populated by rural Masai homesteads. However, the Masai’s large herds of sheep, goat and cattle overgrazed the land which led to an unsustainable situation for both the Masai and the wildlife living in the area.

In an effort to conserve the area, both conservancies continued on as one under the name Mara Olare Motorogi Conservancy. Aside from the improved conservation efforts in the region, the added benefit of the two conservancies merging is that the five local safari operators are now able to operate freely across the combined territories of the formerly separate conservancies. This is good news for you, the safari travelers visiting the conservancy. No fences or separated conservancy properties means that wildlife is free to roam the land, allowing for more wildlife viewing opportunities. The partnership between the 288 Masai landowners and the safari camp operators also benefits the Masai communities through jobs, investments in education and other community programs.

Although most safari travelers choose to visit the Masai Mara during the high traffic months July through October, this conservancy offers its visitors magnificent game-viewing all year round. The hills are the year-round home to a remarkably diverse population of giraffes, wildebeests, warthogs and zebras. Naturally having these herbivores around in large numbers also makes the area more than a little attractive to predators. The conservancy is immensely popular among lions, hyenas, jackals, cheetahs, leopards and other meat eaters. The ‘luggas’ (small seasonal streams) that run through the conservancy’s hills are lined by beautiful green strips of forest. The vegetation attracts a variety of leaf-eaters such as elephants, baboons, buffaloes and hippos. During the great migration you’ll see quite a bit of action in the conservancy caused by the migrating herds passing through the wildlife corridors. However, you may have to take a drive to the south towards the Mara Confluence to see the more massive and dramatic river crossings.

So, what makes staying at a Masai Mara conservancy so worthwhile? Well obviously, the high concentration of wildlife to be seen makes a conservancy quite interesting to include in your itinerary. A few additional benefits of staying at a conservancy is being able to go on off-road safaris, the ability to go on guided nature walks, the joy of enjoying a bush meal and the ability to go on game drive at night. All of this takes place against a backdrop of emerald-hued riverine forests that run like a ribbon along the lower valleys of the Olare Olak and Ntiakitiak Rivers, the impressive Ntiakitiak Gorge and a beautiful twelve kilometre long escarpment. The acacia woodlands beneath the escarpment are home to all species of creatures, big and small. Many of the safari activities mentioned above aren’t possible within the confines of the actual Masai Mara National Reserve. If you value cultural interaction and would like to get to know the Masai people, you’ll have ample opportunity to do so while staying at the conservancy. Since the Maasai are stakeholders in the conservancy, they are very welcoming to those who decide to stay there.

As rustic and untamed as this area looks and feels, the conservancy has a handful of luxurious safari camps that leave their guests feeling extremely pampered and well cared for. Each of these safari camps offers a full range of wildlife viewing options as well as a wide selection of additional safari and cultural activities. Whether you prefer seeing your big five from the safety of a 4x4 safari vehicle or want to get up close and personal with your surroundings during a guided nature walk, the safari camps in Olare Motorogi offer activities to suit your every safari wish. Each of the camps offers small scale luxury as well as all the necessary creature comforts. So, if you can’t stand the thought of lumpy beds or cold showers, no worries... no need to rough it in the rough Kenyan outback. Each of the conservancy’s safari camps has less than 24 beds, so you’re guaranteed a very exclusive safari feel. All safari camps are also geared towards conservation and go to great lengths to conserve the environment and minimize their environmental impact. The safari camps employ Masai guides with generations of experience and deep-seeded knowledge of the lands. This guarantees that guests have a very authentic safari experience. 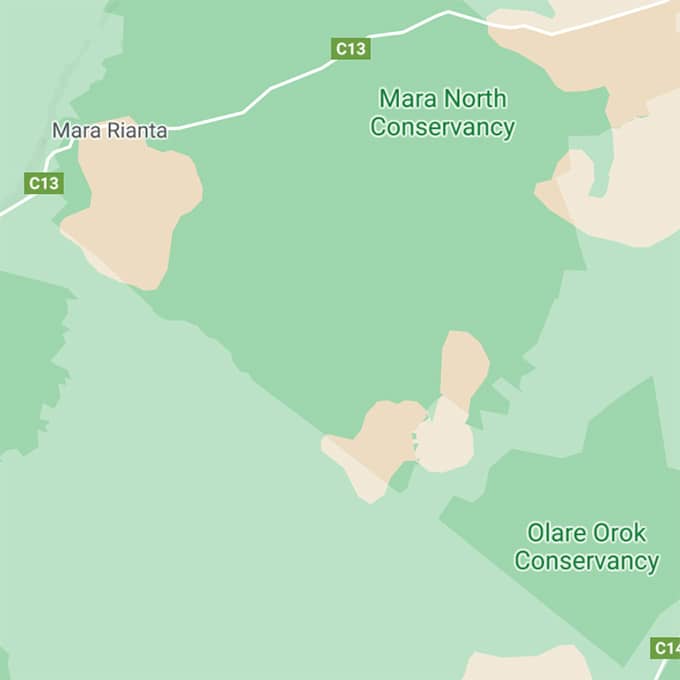 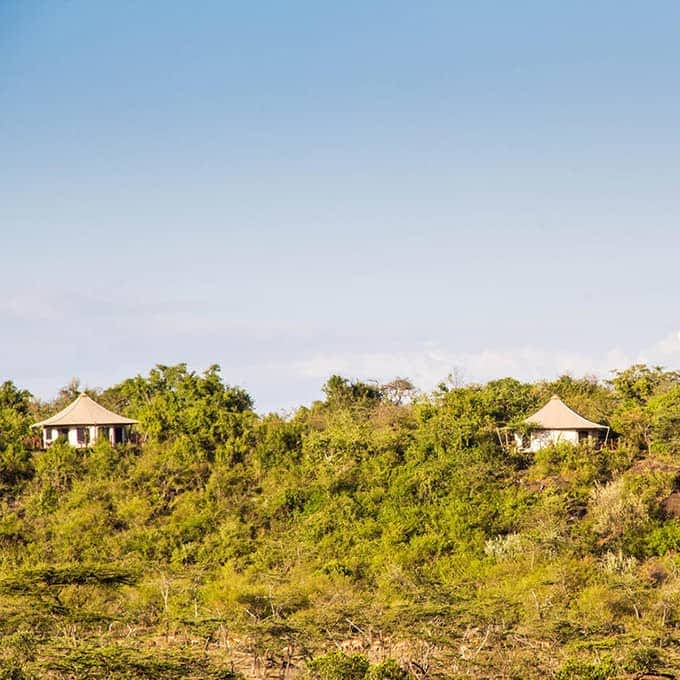